Referred to us by your dentist?

I couldn't be happier with the care you gave me. I'm going to tell everyone that this is the way to go.

Ryan chose nurse anesthesia as a profession at an early age and has been in healthcare since the age of 16. He acquired his certification as a nurse’s aide and worked in a retirement community and hospital part-time to gain experience and to finance his educational goals. After obtaining his Registered Nursing degree he moved to the Kansas City area, where he worked at the Kansas University Medical Center in the Surgical Intensive Care Unit for four years. He completed his Masters Degree in Nurse Anesthesia in December 2005, and became Board Certified in January 2006.

Ryan is a life-long Kansas resident. He resides in Derby, KS, with his wife and three children. Some of his hobbies include woodworking and home remodeling. “I look forward to working with you and/or your loved one!” – Ryan Morgan MS, CRNA 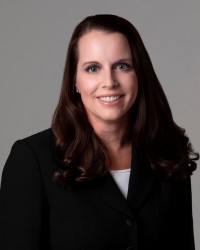 Abbey is a life-long Kansas resident. She was born and raised in Hutchinson Kansas where she met her husband Scott.

She left Hutchinson in 2000 to attend nursing school at the University of Kansas Medical Center. After receiving a BSN, she worked in critical care areas prior to beginning anesthesia school at Texas Wesleyan University, where she received a Master of Science in Nurse Anesthesia. Since January of 2007 Abbey has provided anesthesia in rural hospitals as well as with SAS in dental offices. In November 2011 she joined SAS full time.

Outside of work Abbey enjoys spending time with her two young children, traveling and reading.

Jeremy was born and raised in Kansas. He graduated with a Bachelor of Science in Nursing from Emporia State University in 2001.
After graduation Jeremy worked for five years in emergency and critical care nursing. With that experience, he desired to further his education and attended Newman University where he earned a Master of Science in Nurse Anesthesia in 2008.

Jeremy served in the U.S. Army and Army Reserves from 1995 until retiring in 2016. He was assigned to Forward Surgical Teams (FST) on deployments to both Iraq and Afghanistan.

Outside of work Jeremy enjoys spending time in the outdoors with his family and coaching youth sports. 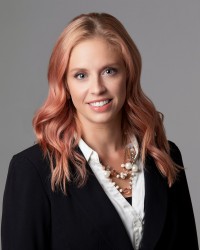 Katie was raised in Wichita, Kansas and attended Wichita State University where she earned her Bachelor of Science in Nursing degree. As a nurse, she worked in the Cardiothoracic Thoracic Intensive Care Unit, caring for patients immediately following lung, vascular, open heart, and transplant procedures. It was during this time she became interested in anesthesia and decided to pursue her advanced degree.

In 2015, she graduated from Newman University with a Master of Science in Nurse Anesthesia degree. Since that time, she has been providing anesthesia in the Wichita area in hospitals, outpatient surgery centers, and in office-based settings.

Outside of work, Katie enjoys traveling, reading, and spending time with her husband and four children. 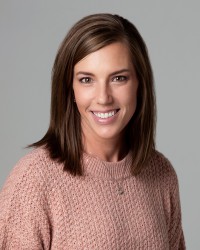 Jenni is a lifelong resident of Garden Plain, Kansas and has always been drawn to the medical field. Her interests began in pediatrics, eventually evolving to anesthesia and the pediatric population.

Jenni attended Newman University where she received both of her undergraduate and graduate degrees, working in cardiac and trauma/surgical intensive care units prior to completion of her Masters in 2008. Since that time she has provided anesthesia services to Wichita and the surrounding area, to include that of hospital, surgical center, and office based anesthesia and sedation.

Outside of work, Jenni enjoys spending time with her husband and five young children. She also enjoys running, crossfit, and being outside. 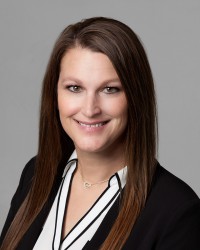 Ron is the founder of Special Anesthesia Services. He is a lifelong resident of Derby, Kansas, as is his wife Carol. She is a pediatric physical therapist, retired from the Derby school district.

Ron is a graduate of Wesley School of Nursing, and Wichita Physicians School of Anesthesia. He received his undergraduate degree from Friends University and his Masters Degree from the University of Kansas. His nursing background was in Coronary Care, and he spent years as an Emergency Medical Technician with the Derby EMS.

Completing his anesthesia certification in 1981, Ron spent the next fifteen years working in the hospitals and ambulatory surgery centers of Wichita, KS. He was a clinical instructor, teaching anesthesia residents, and nurse anesthesia students, as well as serving as the operating room clinical coordinator for Southwestern College and Hutchinson Community College EMICT programs. During those years he spent many weekends providing relief services to fellow anesthetists in rural hospitals around Kansas.

In their spare time, the Kellers enjoy scuba diving and watching Wichita State athletics. Ron is an avid four wheel drive enthusiast and amateur mechanic, spending nearly as much time under his old jeep as inside it. Ron’s last case with SAS was on Halloween 2015. He’s now in search of the next adventure, and plans on roaming the world with Carol until, as all anesthetists do, he finally “runs out of gas”.